Collect treasure, dodge traps, deliver your loot and score points. That’s one way to play the game.
Here’s a better one: push your friends into traps, steal their treasure, and run away laughing maniacally as they fail to get revenge! It’s a lot of fun to play and even more fun to watch.

It’s super easy to pick up the game: move with the joystick, interact with A, that’s it! Everything is done with the same button: pushing your friends, picking up treasure, activating traps, it’s easy!

The game features procedurally generated levels, silly and cool modifiers to spice up each game, and more than 150 unlockable character cosmetics!

It will be released on July 28th 2022 on Steam for PC, after 6 months of development by one person, MonAmiral!

The game uses Steam Remote Play Together which lets you play online with only one game owner! Other players don’t need to buy or even download anything, they just hop in and play!

Download the trailer as a .mp4 (via google drive)

There are three levels to pick from in Tomb Robbing with Friends, and each of them offers their own set of traps and enemies: 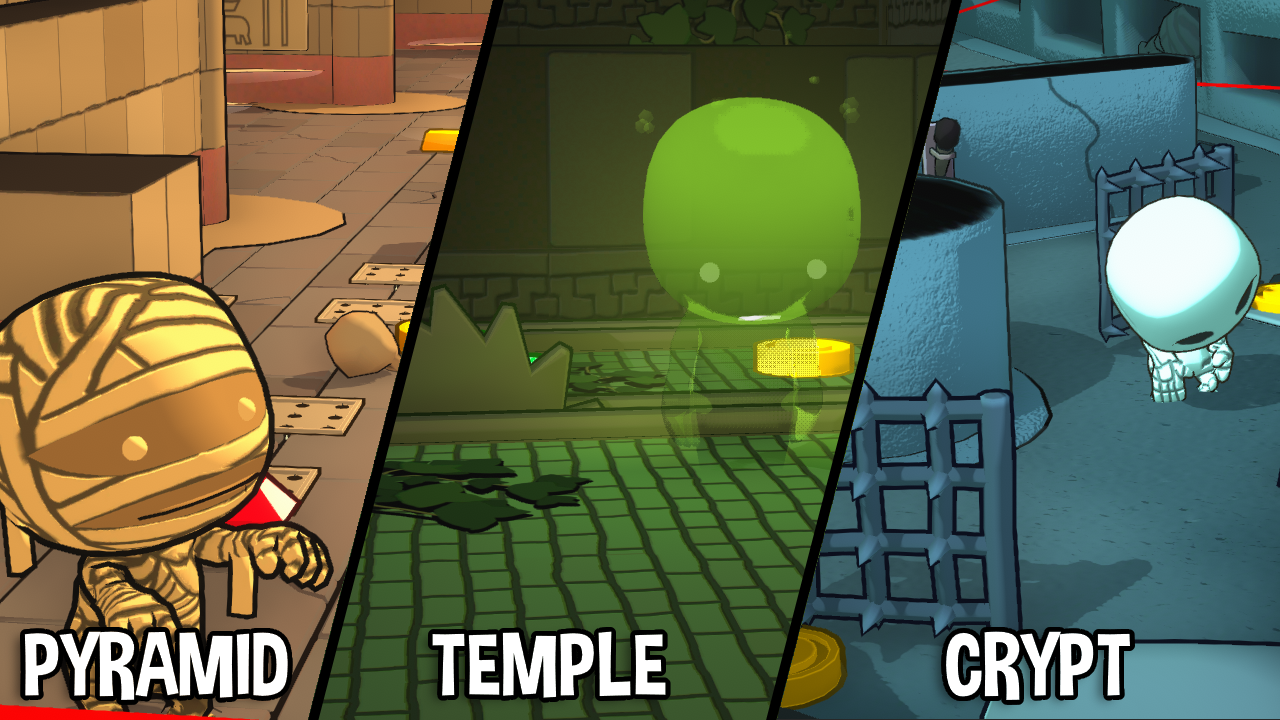 The Pyramid has rotating blades, spike traps, and arrows! The enemies lurking in there are mummies, who are very slow but extremely persistent!
The environment in the Pyramid is very yellow and bright, and very open! Here, you’ll have to navigate around obstacles, not hug walls!
The special level in the Pyramid will have robbers run towards the Room of Gold in the top-left corner to be the first to grab a golden statuette worth a lot of points! But beware, this will trigger a giant boulder trap which squishes everything that stands in its way! 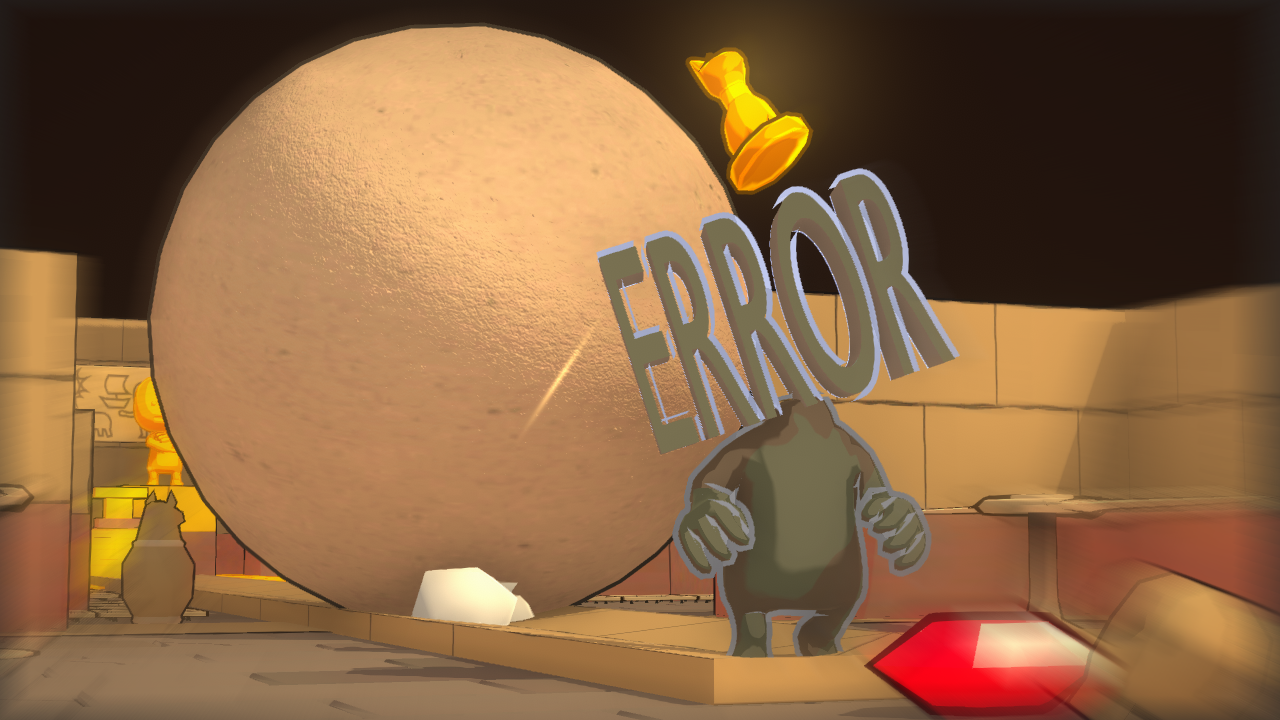 The Temple is the second environment and has a lot more walls! Navigation is more complex, especially with the falling blocks, rotating giant saws, and the arrow-firing statues! Oh, and did I mention the ghosts? They are slow, like the mummies, but they also go through walls! Jeepers!
The special level of the Temple has conveyor belts all around the place, pushing the robbers into spikes or messing with their movement so they get hit by arrows! It becomes even more fun to shove someone in there as they can’t fight against the conveyor belt anymore! 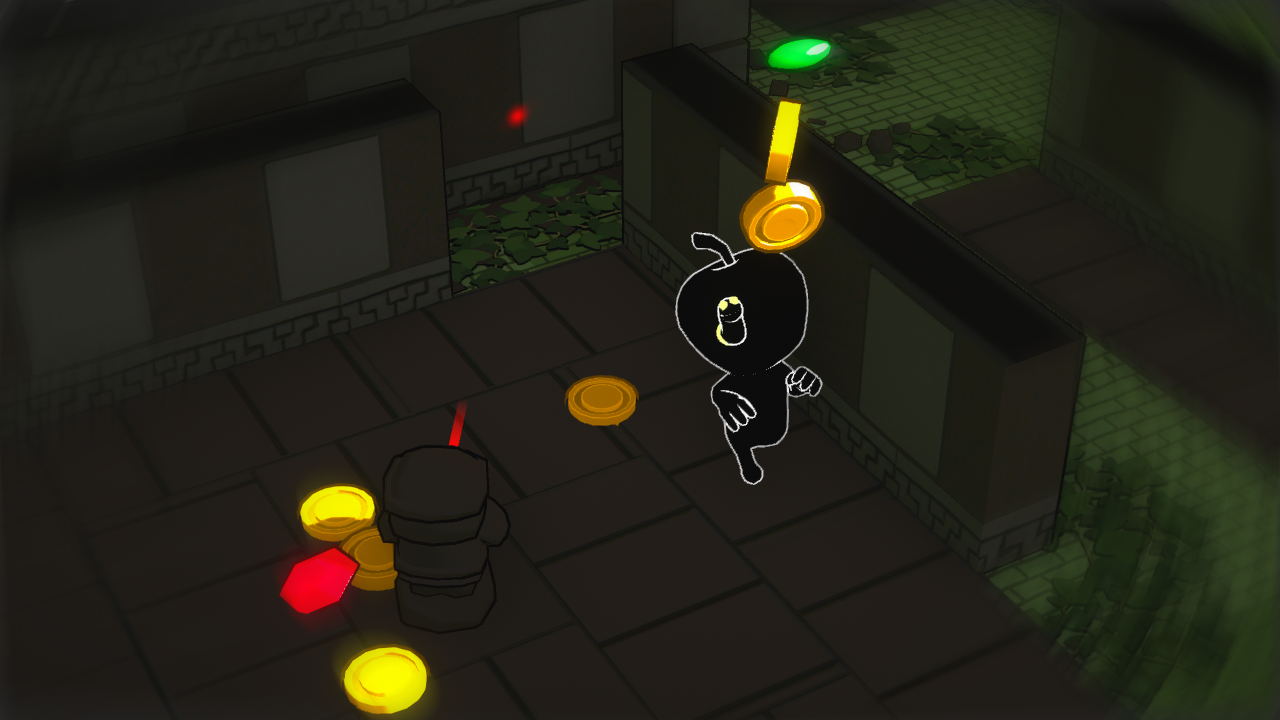 The final environment of Tomb Robbing with Friends is the Crypt! This one’s greatly inspired by Skyrim, with walls of spikes triggered by pressure plates, blades coming out of the walls, and hidden arrow traps!
Of course, there’s also a bunch of enemies, the skeletons! These guys are way faster than the other enemies, but they’ll stop running after you if you break line of sight! That’s good, because the special level of the Crypt will have you open a LOT of coffins which contain either gold or a skeleton! Chaos is assured. 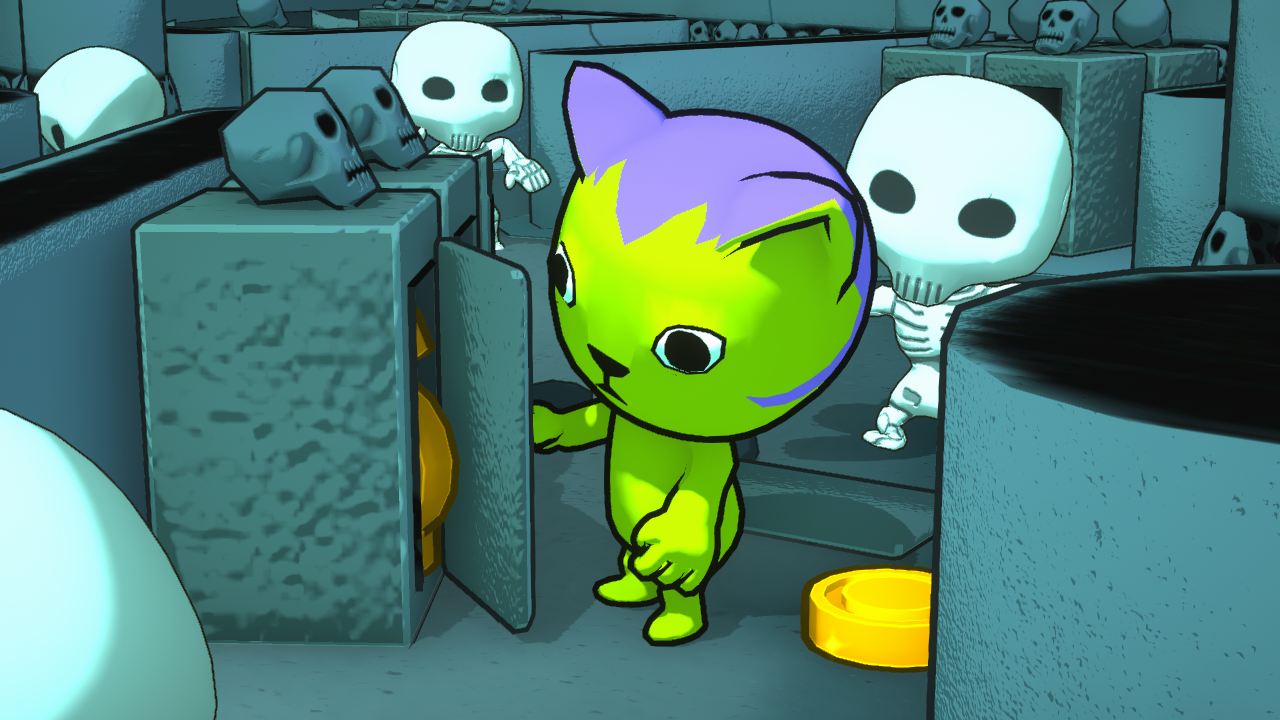 Tomb Robbing with Friends has a variety of Modifiers to spice up your games! Some of them are funny, some make the game harder, and all of them make it more interesting! Use the Random modifier to even add an element of surprise to the mix! 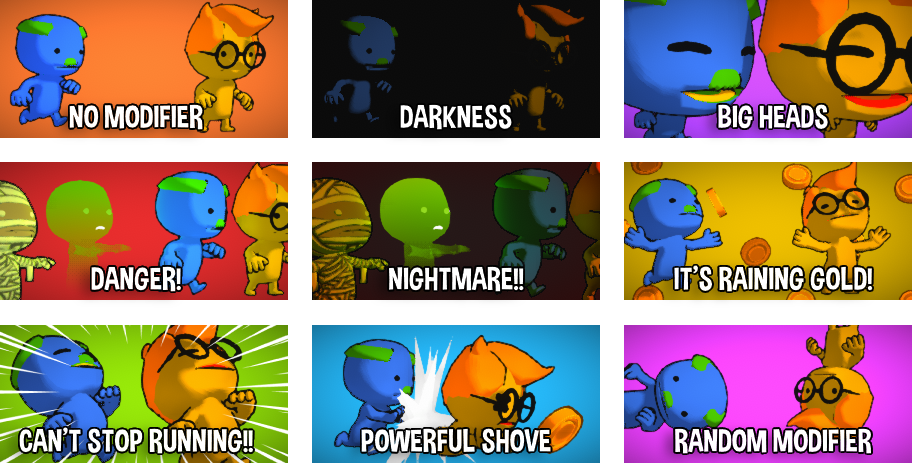 Here’s what everything does:
Darkness: The lights are out! There’s a small halo around you so you don’t directly step on traps, but be careful!
Big heads: Self-explanatory, the obvious best modifier.
Danger: Traps and enemies are faster!
Nightmare: A combination of Darkness and Danger: you can’t see stuff, and stuff is deadlier!
It’s raining gold: Treasure rains from the sky instead of being there when you arrive! Grab it before everyone else!
Can’t stop running: Good luck avoiding all the traps when this is active!
Powerful shove: Pushing someone around now makes them drop one treasure! Very, very annoying.

After each game, the winner gets to spend everybody’s hard-earned coins to unlock new stuff to customize your characters! Get that gacha rolling, there are colors, names, heads and voices to pick from! 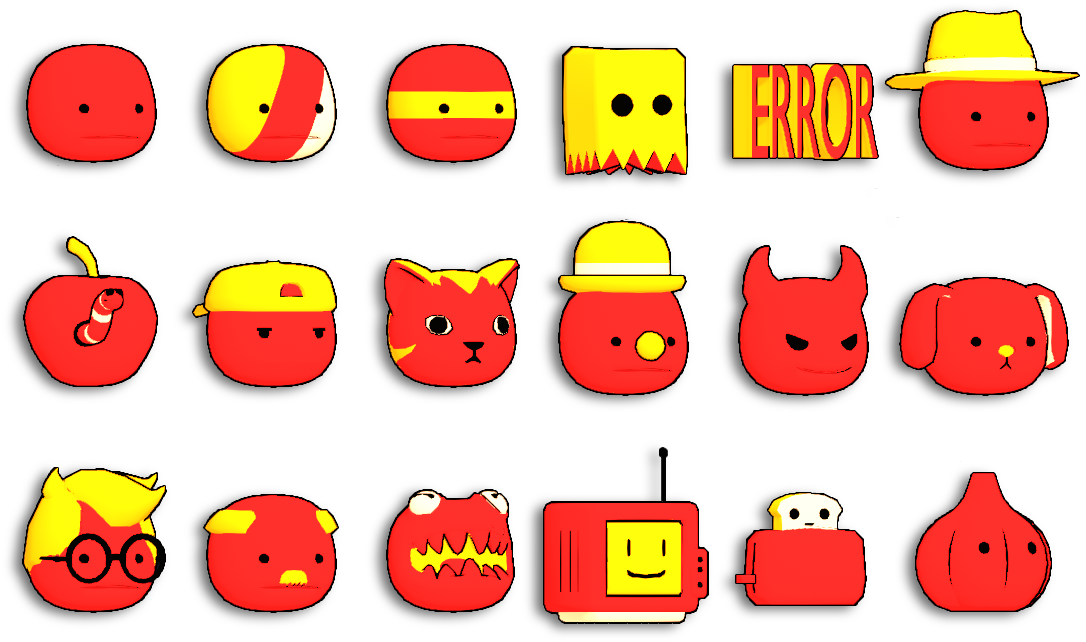 Of course, this isn’t all the cosmetics: there’s 18 heads, 36 colors, 9 voices and 90 names, which make for a total of 524880 combinations! Thank you, mathematics!
Mix and match everything and be the coolest of your friends! Just avoid the clown voice: its squeaky shoes CAN and WILL make everybody go crazy.

The development team for Tomb Robbing with Friends is actually… just one dude, MonAmiral!

I received help for the concept art, voice acting and some SFX, but he did the design, art, programming and sound work all by himself!
After 6 years as a Gameplay Programmer at Amplitude Studios, I went indie to work on smaller projects with a piece of me in them. Tomb Robbing with Friends is the first one that makes it to the commercial line, and it has my chaotic gamer nature!
Aside from that, I’m currently obsessed with VTubers! I make many fangames about them and release them for free for special occasions (mostly birthdays!). I’m so into it that I actually became one myself!I stream Game Dev sometimes, check me out on Twitch!

Whether you’re a reviewer or an influencer and want a game key, or a player and want to give feedback, I’d love to hear from you!